To both positive and negative reviews,  The Birth of the Nation was released on October 7, 2016 in theaters across North America. The film premiered at the 2016 Sundance Film Festival this past January, and the rights were bought by Fox Searchlight Pictures soon after in a lucrative $17.5 million deal, the largest deal at the Sundance Film Festival to date. The film won several awards, and Oscar buzz wasn’t far behind.

However, the film had a negative shadow cast upon it when only a few months ago the story of an alleged rape committed in 1999 by the director and lead actor of the film, Nate Parker, and his college roommate resurfaced. There are many who feel this is reason enough not to see the film. And while I don’t believe sexual assault is ever to be taken lightly, I chose to see the film anyway. I personally felt I could separate what happened when Parker was in college with the film. I feel the movie has a lot to offer and lot to teach, and I encourage you to see it if you feel comfortable. (If not, Slate offers an alternative here.) Nat Turner’s story matters. And so do other stories of slave resistance. I hope to explain why in this post.

Who was Nat Turner? 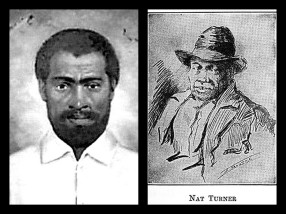 Nathaniel “Nat” Turner was born in Southampton County, Virginia on October 2, 1800 on the plantation of Benjamin Turner. Nat was a remarkably clever child and, unlike most slaves, was taught to read and write and was given a Bible to read. Beyond his academic achievements, Nat was incredibly spiritual. Many believed him to be a prophet with a special talent to see and describe things before they happened. He spoke of hearing from God and having visions on several occasions.

The film, like many other historical films, isn’t completely true to history. Rather than being instigated by a particular event, the rebellion was a long time coming and was a result of Turner’s developing religious beliefs. According to historian Leslie M. Alexander, “By all accounts, Turner took up arms against slavery because he believed slavery was morally wrong and violated the law of God, […] that black people not only fought against slavery because of its extreme violence and brutality, but also because they knew in their hearts that slavery was an unjust, exploitative system that violated moral laws.” Being regarded as an excellent slave by white owners and an influential spiritual leader by his fellow slaves, he was perfectly positioned to plan his rebellion.

Turner took a solar eclipse in February 1831 as a sign that the time to rise against slave owners and the system of slavery had come. He and several other enslaved men started the slave rebellion by taking up arms against Turner’s slave owner and his family on August 21, 1831. Shortly after this, about 40 to 50 enslaved persons and free black people, joined Turner, and for the next 36 to 48 hours went around Southampton County killing any white 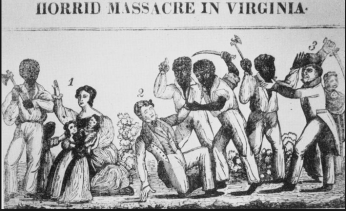 person they encountered and freeing enslaved persons along the way. Their goal was to make it to Jerusalem, in Southampton county, however, they were stopped before making it to their destination. Approximately 55 to 60 white people, including women and children, were killed by the slave rebels. The rebellion was finally suppressed, but Nat Turner escaped and hid for several weeks. As many as 200 black persons, enslaved and free, were retaliated against and punished with death because of the rebellion. On October 30, 1831, Turner was found by a farmer hiding in a hole covered by fence rails and was turned into the authorities. To prevent a legacy and from people remembering who Nat Turner was and what he did, his trial was quick and on November 11th, he was hanged and his body flayed and dismembered.

Any attempt at preventing his legacy was null and void. The real legacy of Nat Turner’s rebellion doesn’t lie in the 36-48 hour campaign but in its aftermath. Heather Lacey’s explanation below is most helpful:

“Religious righteousness and superior white intelligence were two major justifications for the enslavement of black people in the Southern United States.  Nat Turner’s cunning planning of the bloodiest slave rebellion in American history shattered those theories.  His wise use of intellect and religion to manipulate white masters proved equality – regardless of skin color, and changed the misconception that slaves were too ignorant to know or want freedom. The insurrection, although never meeting Nat’s personal expectation of freedom, resulted in a course of events leading to further outcry against and ultimate disintegration of the institution of slavery.”

(You can find that article in its entirety here.)

One of many poignant scenes in the film shows one of the young slave rebels later fighting in the Civil War. Though that may have been a Hollywood version of reality, Nat Turner’s rebellion did in fact precipitate the war. Debates at both the state and national level in the legislatures confirmed the fact that the Upper South would not abolish slavery. In fact, enslaved and free blacks were oppressed even further…to the breaking point.

Nat Turner was not alone in his quest for freedom. From the Maroon communities in Jamaica who fought being enslaved, to the slaves aboard the Amistad who overtook their captors and tried to sail back to Africa, the enslaved resisted the grip of slavery as much as they could. Nat Turner’s slave rebellion in 1831 was just one of many revolts to take place across the United States. 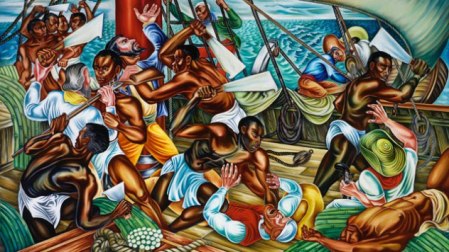 In addition to violent revolts, enslaved peoples would engage in various forms of subversive behavior: pretending to be sick, running away, sabotaging the equipment they had to use, committing suicide, infanticide, learning to read and write (as this was not allowed), refusing food, being slow while working, stealing from their owners, and poisoning their owners and their families. These non-violent forms of resistance led to a loss of profit for the slaveholders and gave the enslaved an avenue to exercise autonomy.

But there was violence too. From an uprising on Hispaniola (present day Haiti and Dominican Republic) in 1521, to a revolt on a Mexican Plantation in 1570, to uprisings in South Carolina and New York in 1739 and 1741, to a slave strike in Jamaica in 1831, to the most successful slave revolt that happened in Haiti in 1794 (led by Toussaint L’Ouverture), acts of resistance and rebellions occurred frequently. Many enslaved peoples who escaped slavery worked with abolitionists to try and eradicate the laws that supported the system of slavery. Abolitionists and formerly enslaved persons knew that slavery was morally wrong and unnatural. Subsequently, many abolitionists wanted to help in any way they could; whether it be help tell or write the personal experiences of former enslaved peoples or aide them in hiding when they ran away, trying to gain their freedom.

Why is this important now?

Resistance and rebellion as shown in The Birth of a Nation was a way in which slavery was fought by the enslaved. Enslaved black people took a stand to fight against the ugly system of slavery and reclaim their freedom. And resistance is still happening. Protesters who see injustice operating at a systemic level, sanctioned by those in authority, are finding ways to resist what they see as morally wrong.

From kneeling during the singing of the National Anthem at sporting events, to having peaceful protests standing up for the rights of black lives, people are resisting and rebelling against a system that is neither conducting itself morally nor protecting all the people they vow to serve and protect. As we have seen historically, resistance and rebellion were done in various ways to stand against a system that was unnatural towards a group of people. This is important to our society now because we can learn from the past and know that resistance and rebellion can have a successful and positive outcome. When the movement gathers momentum and garners allies in positions of power, change is possible.

Finally, though we here at Tuesday Justice are not giving the film our full and unequivocal endorsement, we are both thankful that it has opened up a conversation about slavery and resistance.

Here at Tuesday Justice, we hope to create a resource for people to learn about some of the facets of oppression, equality, and freedom at work in our world.

Our goal is to provide everyday people with a greater understanding of these issues, in order to empower them to work for the full freedom of all people.

We are so glad you’re here!